Wiper Blades for residents of Meriden since 1990

Windshield wiper blades should be changed twice a year!  Most people tell us they can’t remember the last time they changed their wipers.  If you can’t see where you are driving then that’s a problem and we don’t realize we need new wipers until it’s raining in Meriden!

The cold weather in Meriden makes the wiper brittle and the hot sun in Meriden makes the wiper blade dry.  That’s why twice a year replacement is suggested.  If you buy wiper blades near Meriden at Computer Tune & Lube we will install them for you as part of the service.  Some wiper blades have a dot on them that will be black when they are new and when they require changing it will turn yellow.  I think this is a great idea as long as you know what the dot is for...

When your wiper blades get torn it is usually self inflicted.  Especially with the cold winters we've been having in Meriden.  What happens is we use our wipers when it is snowing and we get home and just shut our car off and don’t turn the wipers off?  We get up the next morning in Meriden and start our car and the wipers are frozen to the windshield but they are still turned on!  This is how the wiper blades get ripped or it can also be caused by our over exuberant windshield scraping.

A tip in the winter time, if you know there is going to be a storm in Meriden is to pop up the wiper blades.  You can do this on all vehicles but you can do it on many of them.  It will make it a lot easier to clean your windshield in Meriden in the morning. 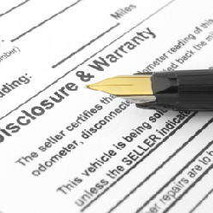 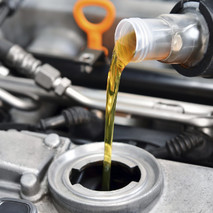 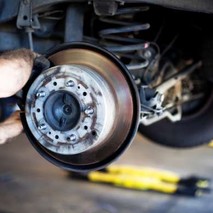 We have been providing quality service for over 25 years

We pride ourselves on being big enough to have all of the same complex equipment as your dealership but small enough to treat you as an individual.

“My car and I wobbled into the shop as I was driving to work one morning. I'd never been to computer Tune but it was the nearest to where I was. I explained my situation (it's wobbling!) to the owner who was there that morning and he said, "no problem, here's a loaner - no charge for that - get to work and we'll call you." What? A Free loaner to a person who didn't have an appointment? wow! Off I went in a very nice ford that was very clean inside and out. I got a call at work about an hour later with an estimate for my problem, along with estimates on my several other problems, including a faulty blinker and missing/broken side mirrors. I had priced out the mirrors elsewhere but the cost was tremendous and not worth it to me, but computer tune offered me a very low price - and they had both mirrors in stock! Now who would think a place called "computer Tune" would have parts, but there you go. My car was ready for at the end of the day. Again, I didn't have an appointment but they patched up all my issues - and an oil change - in the span of 8 hours. listen to me and take your car to computer tune and see Daniel the manager and mark the owner. they can help you , at a very fair price!” - Paula, Middletown CT